Some cats that crossed my path

Every man needs one or more cats in his life, here on this page are a few of my favorites.

Cats shared with my aunt 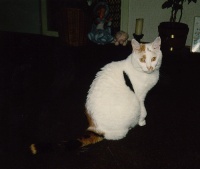 Snakis and a few of his brothers and sisters were adopted by a bunch of tourists, because his mother had died. Smuggled in long overcoats and jewelry boxes they entered the Netherlands as illegal aliens. Snakis is extremely jealous, but can also be very sweet. He is currently staying with my aunt, who happened to be one of the tourists. For an enlargement of this small sample, click here (400K).

Snufje had to be put to sleep in March, because she had developed cancer in her underbelly. Luckily, she hadn't suffered till then. She died, sixteen years old, on March 25, 1996. Snufje was one of my favorite cats, I practically raised her, because her mother died prematurely because of a truck-driver in a hurry. She got her name because of her habit of sniffing out a place before entering. An enlargement can be found here (155K).

Snoet is the nestor of the three. Big, fat, old and grumpy, yet very sweet. Loved food, was very particular about the state his milk is in. Had a bit of a problem with being old, yet stubbornly clings to life. A life-size version of Snoet is found here (160K). Unfortunately, Snoet also passed away, on May 25, 1996, because his bowels wouldn't work anymore.

The story of Suzy

Well, the story still needs to be told - in the meantime, enjoy the pictures of Suzy and her children! 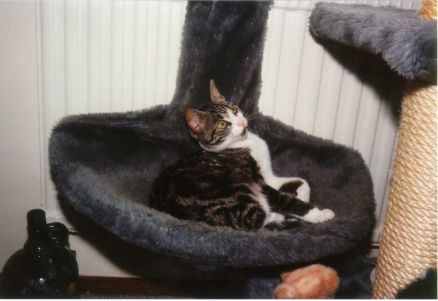 A bigger version is here. 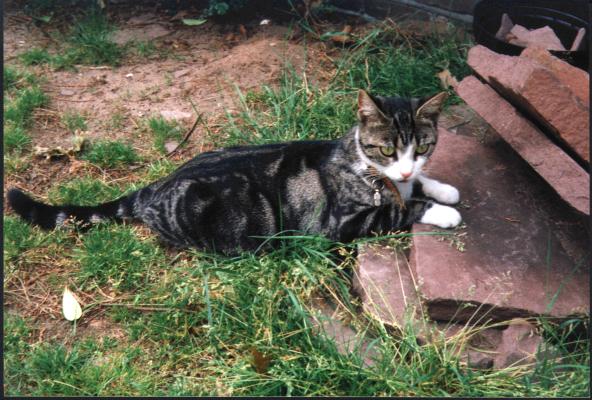 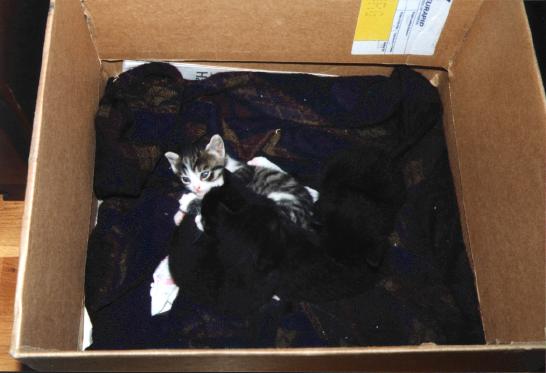 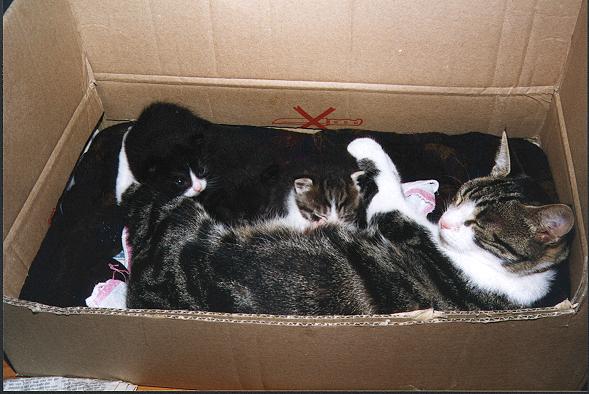 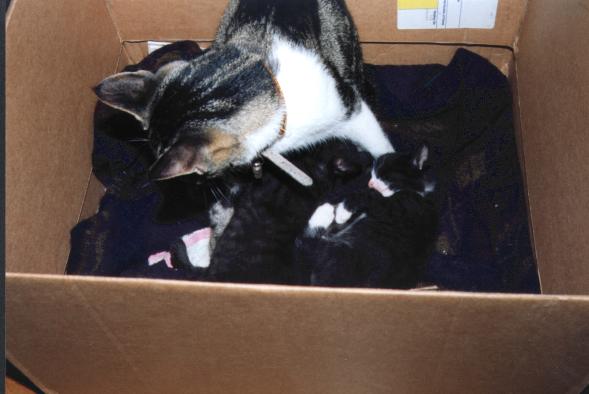 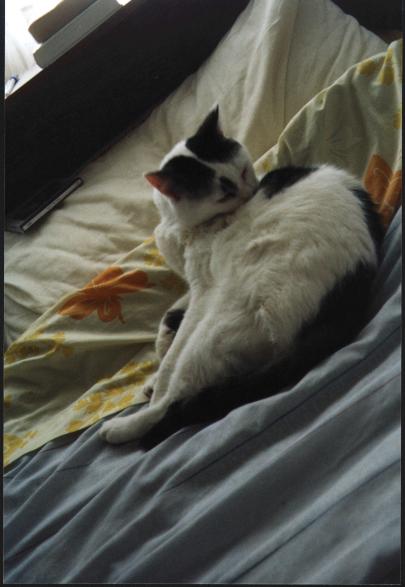